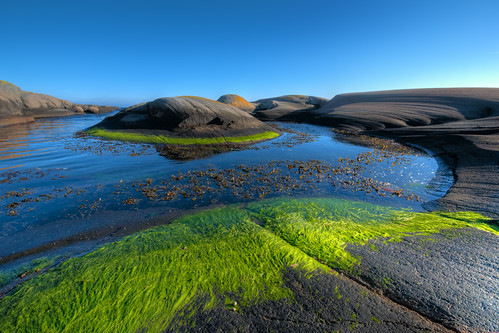 “Magma from the mantle intruded the deep crust and cooled slowly. Pyroxene and olivine started to crystallize from the magma. Since these where heavier than the surrounding magma, they sank to the bottom of the magma chamber where they became layered. Later, the remaining melt intruded higher levels of the continental crust, where it cooled and crystallised as tønsbergite, larvikite or lardalite. Some million years later the rock was carved and polished by glaciers during the ice age.” via

Unstructured Scribbles is powered by Gatsby JS. Opinions on this website are my own and not of my employer.